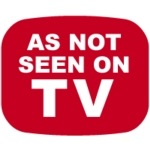 Hollywood has the Razzies, and for the past seven years Australian TV has had its own anti-awards event, the Fugly Awards – and this year is no exception.

Voting is now open for the 2008 Fugly Awards – giving Australians a chance to vote in categories that perhaps the TV Week Logie Awards may have overlooked, such as the ‘Eddie’ for most over-exposed TV  personality (Bert Newton was last year’s winner), 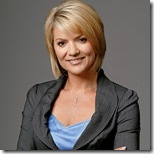 Apart from awarding Australia’s worst TV celebrities and TV show, among other categories, there is a chance to acknowledge those that don’t always grace the cover of TV Week but do us just as proud.  Previous winners for most under acknowledged TV personality have included Adam Hills, Andrew Denton and Deborah Mailman.

And this year the public are also asked to nominate themselves for Australia’s best TV viewer.

Voting closes 21 April and the winners of the 2008 Fugly Awards will be announced on 2 May.

Go to the site at http://www.fugly.com.au

Permanent link to this article: https://televisionau.com/2008/04/its-fugly-time-again.html