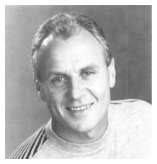 Despite his growing profile as an actor in the United States with roles in some of the country’s most popular series, Alan Dale still can’t quite shake off the stigma of being ‘Jim Robinson’ in the veteran Aussie soap Neighbours – a role which he departed almost fifteen years ago. So much is he still …