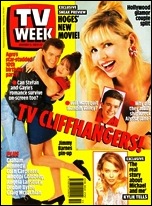 Missing at sea… to rest a knee! E Street character Lisa Bennett has disappeared, presumed dead by many of her Westside neighbours, after being shipwrecked with wealthy boyfriend Michael Sturges (Graham Harvey) – but the character’s absence from TV screens is for good cause, as actress Alyssa-Jane Cook (pictured) has had to take time off …

END_OF_DOCUMENT_TOKEN_TO_BE_REPLACED 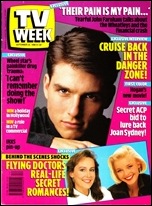 Cover: Tom Cruise On the brink of madness! In a chilling coincidence, actor Terry Serio was discussing with TV Week his latest role as a would-be mass murderer in GP just hours after five people were shot dead at a block of flats near TV Week’s Sydney offices.  “It doesn’t take much to push a …