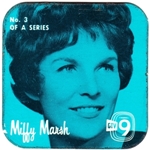 Some rare TV memorabilia from the 1960s. A range of fan cards from Melbourne’s GTV9 featuring some of the station’s star line-up. Given the ages of some of the presenters, the cards are estimated to date to 1965. #3 Miffy Marsh #4 Geoff Corke #5 Ron Blaskett #6 Jack Little #7 Maurie and Wayne Kirby …

END_OF_DOCUMENT_TOKEN_TO_BE_REPLACED

Permanent link to this article: https://televisionau.com/2018/05/fan-cards-of-gtv9.html

END_OF_DOCUMENT_TOKEN_TO_BE_REPLACED 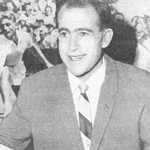 Tony Charlton, one of the pioneer sporting commentators on Australian TV, has died at the age of 83 after a battle with bowel cancer. The veteran broadcaster passed away this morning surrounded by his family. Born in Sydney and educated in Perth, Charlton began his broadcasting career in Melbourne in the 1950s calling VFL matches …