Tag: The Golden Years Of Television

ABC‘s relaunch of its late afternoon line-up in October 1966 mostly relied on familiar titles — reruns of British legal drama Boyd QC, the return of children’s science series Why Is It So? with Professor Julius Sumner Miller, and new episodes of Doctor Who. But there were some new shows in the mix — Crackerjack, …

END_OF_DOCUMENT_TOKEN_TO_BE_REPLACED 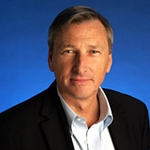 David Lyle, the Australian TV producer who became a producer and television executive in the US, has died at the age of 67. Lyle had been battling cancer and died at his Los Angeles home. His early career was as a geologist and high school chemistry teacher, before a shift to television, working as a …

END_OF_DOCUMENT_TOKEN_TO_BE_REPLACED 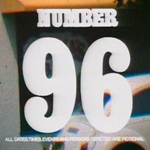 Forty years ago today, the bomb went off at Number 96 — presenting one of the defining and most oft-remembered moments of Australian television drama. By 1975, after three years captivating audiences and astounding critics, Number 96‘s ratings were on the slide. Viewers had tuned away from the dramatic and comedic adventures of the residents of …

END_OF_DOCUMENT_TOKEN_TO_BE_REPLACED 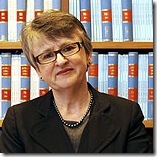 There are plenty of news reports today that Virginia Bell (pictured) has been appointed as a justice of the High Court of Australia, and only the fourth woman ever to be appointed to the role. Ms Bell has had a long and distinguished 30-year career in the legal profession, and is experienced in other matters, …

END_OF_DOCUMENT_TOKEN_TO_BE_REPLACED

Permanent link to this article: https://televisionau.com/2008/12/barrel-girl-rings-into-the-high-court.html