Tag: A Long Way From Home

“How does a beautiful aboriginal girl pick up the dreary threads of her normal life after a brief but heady taste of glory as a film star?” Such was the premise of Oriel Gray‘s play Burst Of Summer, as described in TV Times magazine in 1961. Burst Of Summer told the story of singer Peggy …

END_OF_DOCUMENT_TOKEN_TO_BE_REPLACED

Permanent link to this article: https://televisionau.com/2017/09/classic-tv-guides-burst-of-summer.html

END_OF_DOCUMENT_TOKEN_TO_BE_REPLACED 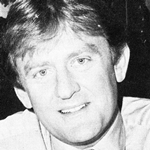