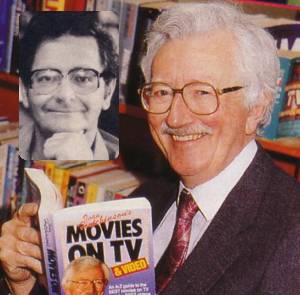 Some of the people that introduced our favourite movies on television became just as famous as the movies they spoke about. Melbourne’s Ivan Hutchinson (main photo) was a music maestro at HSV7 in the 1960s before his love of movies led to him becoming Seven’s resident movie presenter — a role which also extended to reviewing movies for newspapers and TV Week magazine. He also had a sense of humour, being more than willing to send himself up on comedy shows like Fast Forward. Meanwhile, in Sydney, Bill Collins (inset) was a movie reviewer for TV Times magazine and later presented movies for Sydney’s TCN9, ATN7 and then Network Ten where his Golden Years Of Hollywood program turned 1940s and 1950s classics into 1980s prime time fare, and his passionate critiques became almost as lengthy as the films themselves. Collins is now presenting films for the movie channel Fox Classics. Pictures: TV Week, 31 October 1992, 18 April 1981.

Permanent link to this article: https://televisionau.com/flashbacks/ivanhutchinson