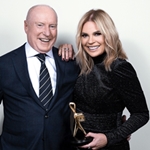 The Seven Network has announced that it has secured the rights to the TV Week Logie Awards in a multi-year agreement with TV Week publisher Are Media. It will be the first time Seven has hosted the awards since 1995. It had also previously hosted the awards in 1989, with Bert Newton, and 1992. The …