It is 40 years today since Bruce Gyngell (pictured) announced “Good evening, and welcome to multicultural television,” on the opening night of Channel 0/28 — the network that is now SBS.

The birth of 0/28 and multicultural television came five years after the launch of ‘ethnic’ radio stations in Sydney and Melbourne that would eventually come under the control of the Special Broadcasting Service (SBS). Like with the radio stations, Channel 0/28 was launched initially in Sydney and Melbourne and would roll out to other capital cities over later years.

The path to multicultural television was not an easy one. Prime Minister Malcolm Fraser promised ahead of the 1977 Federal Election that his government would launch a multicultural television service. There was debate as to whether or not the national broadcaster ABC should be tasked with operating the service as a second channel. It was even questioned whether or not the newly formed SBS had the competency or structure to provide a television station as feedback from its initial planning and test broadcasts was less than positive.

Plans to replace SBS with a separate authority, the Independent and Multicultural Broadcasting Corporation (IMBC), had the potential for the new channel to operate as a commercially-funded service — something which attracted criticism from not just the commercial networks but also from independent publishers, the latter fearing that the TV channel would take advertising dollars away from their foreign-language newspaper publications. Friday 24 October 1980, and opening night for Channel 0/28 began with Gyngell, whose history with Australian television dates back to day one in 1956, presenting a half-hour preview of upcoming programs to appear on the new channel. (Curiously, this preview was also screened in Canberra on commercial channel CTC7, even though 0/28 was at that time not planned for expansion into the national capital). Prime Minister Malcolm Fraser, who had been returned to government at the federal election barely a week prior, officially declared the channel open. This was followed by the first program, a documentary, Who Are We?, taking a look at Australia’s multicultural identity, hosted by Peter Luck. Over its first weekend, 0/28 featured cartoons and children’s programs from various European countries, comedies from Norway (including To Norway, Home Of The Giants, featuring John Cleese) and Germany, variety from China and Italy and films from Poland, France and Sweden. Sunday afternoon featured live coverage of the Grand Final of the Philips Soccer League from Canberra.

The new channel was launched with an initial annual budget of $15 million, supplemented by a last-minute boost of $9 million to assist with local production. It was operating from a modest setup in two floors of an office building in the Sydney suburb of Milsons Point with a staff of around 100. Programming initially ran for around 35 hours a week, including movies, documentaries, drama, sport and variety shows sourced from around 15 countries — with all foreign-language material meticulously subtitled in English. 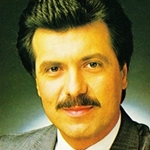 One of 0/28’s first program commissions was talent quest, Cabaret, from the Grundy Organisation and Willard King Productions. The first episode, hosted by Graham Kennedy and including a panel of judges, was taped in advance and featured entrants representing various ethnic groups. However, just days before the show was to go to air, Gyngell made a last-minute decision to change the show’s format from a talent quest to a general variety show, feeling that it unwise to involve a competitive element between multicultural communities. The first episode was hurriedly re-taped in the new format, and Lebanese-born actor Joe Hasham, best known from the popular Number 96, took over hosting the series from that point.

Channel 0/28 also earned early applause for its adoption of soccer coverage, giving the sport a higher priority and profile than any of the other networks had done. And soccer would continue to feature prominently on the channel, with regular programs and coverage of various leagues and the premier event, the FIFA World Cup, being broadcast on the network every four years since 1986.

Some of the foreign-language programs to appear on 0/28’s first week included:

Below is TV Week‘s two-page preview from the week of Channel 0/28’s debut: Permanent link to this article: https://televisionau.com/2020/10/sbs-television-turns-40.html