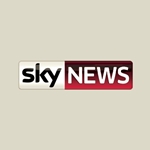 More details on programming on Sky News On WIN are to be announced closer to the launch later this year.

Sky News On WIN will broadcast on channel 83 (53 in Northern NSW) in WIN’s regional markets in New South Wales, Queensland, Victoria, Western Australia and South Australia, statewide across Tasmania and in the Australian Capital Territory.

Permanent link to this article: https://televisionau.com/2018/05/sky-news-win-to-launch-new-channel.html