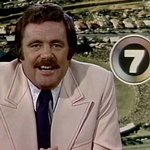 Perth sporting and media identity John K Watts has died at the age of 80.

Watts had been diagnosed with a form of bone cancer in 2011, after previously having prostate cancer.

Watts’ son Jon posted a tribute to his father on Facebook: “I am in absolute shock by it all as he was more than just a regular dad, he was my confidant, friend, accomplice, drinking buddy, singing partner, comedian, and so much more.

“Words cannot express my deep sadness and I am sincerely at a loss as to what to do. Sleep well mate – and thanks for all the memories. I love you so very much and I have no idea really how to go on from here.”

After retiring from football in 1968, Watts began a successful media career in Perth across both radio and television.

He was a sports presenter for many years at TVW7, previewing upcoming football games and hosting a local footy talk show.

Permanent link to this article: https://televisionau.com/2017/06/obituary-john-k-watts.html