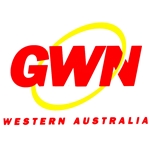 Today marks 50 years since the Western Australian network now known as GWN7 was officially opened.The station was originally BTW3, operated by South Western Telecasters Ltd and declared open by WA Governor Sir Douglas Kendrew at 7pm on Friday 10 March 1967. Based in Bunbury with a staff of 12, it was the first commercial television …