Cover: Emily Symons (Home And Away)

Alf’s life on the line
Home And Away‘s Alf Stewart’s (Ray Meagher) life hangs in the balance in episodes going to air this week. The recent earthquake that hit Summer Bay triggered a heart attack in Alf, leading to heart bypass surgery by cardiac specialist Dr James McClaren (Grant Dodwell). The rather smug Dr McClaren, pleased with the surgery, takes off for a round of golf, leaving resident GP Dr Kelly Watson (Katrina Hobbs) to monitor Alf’s post-operation recovery. But when Alf’s blood pressure plummets, the young Dr Watson is left to perform emergency surgery, which doesn’t go well. “(Dr Watson) had to go in and try and fix the (heart) valve and she nearly stuffed it up entirely,” Meagher told TV Week.

‘I saw someone die on the operating table’ 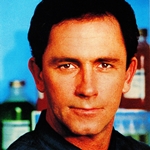 Nicholas Eadie (pictured), who plays Dr Red Buchanan in the new Network Ten series Medivac, did not anticipate the emotional impact that researching the role entailed. Eadie spent 20 hours in the emergency department at Brisbane’s Princess Alexandra Hospital to observe medical procedures and patient behaviour. “For people who arrive at the emergency ward, it’s often a case of needing immediate surgery, sometimes in life or death situations,” he told TV Week. “I saw someone die on the operating table — a motor accident victim. Seeing that sort of thing is very difficult to process in your head. I came away having incredible respect for people who work in that situation.” 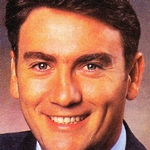 Now it’s Gridiron Eddie…
The Nine Network‘s Eddie McGuire (pictured) has just added another role to his growing media profile. As well as hosting The Footy Show in Melbourne, presenting sport on Nightline and his regular radio commitments, McGuire is now hosting Nine’s weekly coverage of the American National Football League (NFL). McGuire has recently been involved in contract renewal negotiations with Nine but it is no secret that rival network Seven has tried to poach him. He is also amused at some of the media attention relating to his pay packet. “One paper called me, ‘The million dollar man’, while another journalist said I was making $1.6 million. There have been some wild and woolly figures published,” he told TV Week.

Program Highlights (Melbourne, October 5-11):
Saturday: Bathurst Top 10 (3pm, Seven) features the qualifying round for pole positions for Sunday’s Bathurst 1000. In Ocean Girl (5.30pm, Ten), the search for the synchronium seems to be about the only thing on Neri’s (Marzena Godecki) mind.

Monday: In Pacific Drive (11.15pm, Nine), Luke (Steve Harman) discovers he has a half sister who warns him that their father is a dangerous man.

Wednesday: In Neighbours (6.30pm, Ten), Debbie (Marnie Reece-Wilmore) realises the enormity of what she did to Danni’s (Eliza Szonert) clothing business.

Friday: In Police Rescue (8.30pm, ABC), a light plane and its crew have been missing for days. After a fall during the search, Angel (Steve Bastoni) finds the crew and spends the night with them. In Pacific Drive (11pm, Nine), Luke (Steve Harman) allows himself to be misled by his father, and tragedy strikes in Joel’s (Adrian Lee) nightclub.