After decades of experiments and government investigation, television was finally to come to fruition in 1956. The government had determined that television shall take the form of a two-tier system, similar to radio, where there would be a government-owned service (operated by ABC) plus commercial services. Television was initially to be introduced in Sydney and …

END_OF_DOCUMENT_TOKEN_TO_BE_REPLACED 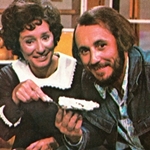 Concluding this week’s countdown of the top 60 shows from Australian television over 60 years. See also Part I, Part II, Part III, Part IV and Part V. 10. Neighbours (Seven/Ten/Eleven, 1985-) Neighbours was set to be one of Australia’s shortest lived soaps, being axed by the Seven Network only six months after its launch. But producer Reg …