Blue Heeler’s tragic exit
Dramatic scenes in this week’s Blue Heelers will see Constable Wayne Patterson tragically killed, but actor Grant Bowler (pictured with Lisa McCune) is glad to be gone. “Part of the reason I left the show is because I thought I no longer had a lot to offer it creatively,” he told TV Week. “After two-and-a-half years I was burnt out. I wasn’t operating on all cylinders.” The episode sees Constable Patterson crossing paths with notorious criminal Joe Kenny (Anthony Lawrence). Kenny has escaped from prison, seeking revenge on Patterson for the brief affair he had with Kenny’s wife, Kate (Rebecca Rigg). Since leaving Blue Heelers in December, Bowler has been working on stage in Sydney and also runs a production company with two friends. “At the moment it’s very successful, and I’ll probably be travelling with the company later in the year,” he said. 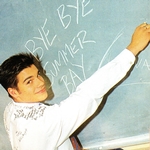 Why I had to get out!
Daniel Amalm (pictured) has revealed the real reasons behind his decision to quit Home And Away. The 17-year-old, who had played Jack Wilson in the soap for three years, had become disillusioned and a little paranoid about the public attention that comes with soapie stardom. “Even just going out in public, I didn’t realise how seriously people take the show,” he told TV Week. “I don’t mind if girls come up and ask for your autograph, that’s cool. But you get a lot of people too who want to test your strength, because you’re on the show — the guys especially.” Amalm had also received death threats. “I had a couple of phone calls, death threats that said, ‘We’re going to shoot you’ and stuff like that. It doesn’t scare me because I don’t let it.” He also chose to leave the show because his profile was leading to so-called friendships that were not entirely genuine. “You find them doing something and you think, ‘They’re just hanging with me because I’m on television’,” he said. Home And Away producer Russell Webb was disappointed to lose Amalm from the cast but is hopeful to be able to lure him back for a guest role later this year. 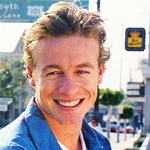 Simon’s LA story
To say Simon Baker-Denny‘s (pictured) time in Los Angeles has been eventful is quite an understatement. Since arriving in LA on Christmas Day, he has had his car broken into and witnessed how quickly violence can escalate in Hollywood — with one incident in a diner where the owner started shooting at two guys stealing beer. On a more positive note, he has been busy setting up his profile with producers. “I’ve had more appointments here in two months than in Australia in two years!,” he told TV Week. “In Australia, you’re lucky if you get a couple of meetings a month. And you don’t even call them meetings in Australia!” He was close to scoring a key role in the new Western series, Shaughnessy. The shortlist came down to him and one other actor. They chose the other candidate. “People say I was close, but you could probably go for 20 years in this town getting that close and never getting anything. It just sounds so bizarre.” Before leaving Australia, Baker-Denny had been doing an eight-week stint on Heartbreak High and had the lead role in the one-off drama The Blind Side Breakaway, an episode of the ABC series Naked: Stories Of Men that had screened recently. He will also be seen on screen later this year in two episodes of Network Ten‘s upcoming sports drama, Sweat.

Melissa’s AIDS drama
Melissa Tkautz has spoken out about her character Bethany’s HIV diagnosis in the new Nine Network series Pacific Drive. “It’s 1996 and it’s about time there was an ongoing HIV character on television,” she told TV Week. “I did ask in what context we were going to do it. I asked if I was going to be sick on the show, but they said, ‘Not at all. That is the whole reason why we are doing it. We want to show people that just because you are HIV positive, you’re not going to be sick in bed’. It’s about time more people understood the subject matter. They think, ‘If I sit next to an HIV person I’m going to get AIDS’.”

Sunday: Sunday sport includes the Gold Coast IndyCar (11am, Ten), Australian Surf Lifesaving Championships (11am, Nine) and AFL Sunday: Fremantle versus West Coast Eagles (2pm, Seven). Live football continues with Adelaide versus Sydney (5.30pm, Seven), from Football Park, Adelaide. Sunday night movies are Peter’s Friends (Seven), Taggart: Flesh And Blood (repeat, Nine) and Major League (repeat, Ten). This week’s episode of Naked: Stories Of Men (8.30pm, ABC) is A Fallen Woman, the story of a man who lives in a house under the Harbour Bridge and lets out a room to a young couple. 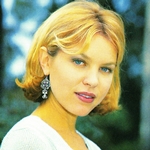 Tuesday: In Neighbours (6.30pm, Ten), Toadie (Ryan Moloney) is head over heels in love with George (Petra Jared), but she admits she’s fallen for another man. In GP (8.30pm, ABC), Lizzy (Lucy Bell, pictured), the temporary receptionist at Ross Street, has some major behavioural problems. In Blue Heelers (8.30pm, Seven), a notorious criminal escapes from remand at St David’s Prison, leading to a confrontation with Constable Wayne Patterson (Grant Bowler).

Wednesday: In Home And Away (7pm, Seven), Travis (Nic Testoni) is the first at the scene of the Yabbie Creek High School bus crash. In Fire (9.30pm, Seven), Seldom (Damian Pike) gatecrashes the wedding of Jimmy’s (Kim Gyngell) daughter in his bid to crack Jimmy’s insurance scam.

Thursday: In Neighbours (6.30pm, Ten), Danni (Eliza Szonert) and Cheryl (Caroline Gillmer) find themselves at odds over Danni’s relationship with Ben (Stephen Pease). The internet is the focus of the new technology program HTTP:// The Internet Show (9.20pm, ABC).