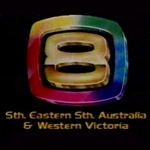 Almost 50 years of local history is feared to be lost as regional TV newsrooms are being shut down and archived material is not being kept.

This is a situation that would be common across most regional areas where TV news production is being centralised and heritage studios are being sold off — but it has been raised in South Australia, where almost five decades of news footage is being left to deteriorate.

WIN, which took over the stations formerly known as SES8 in Mount Gambier and RTS5A in Riverland back in 1999, effectively owns the footage but two former employees are pleading for support for the archive to be digitally restored and accessible by local residents.

The challenge is that much of the footage is in redundant formats and the station no longer has playback equipment that is compatible.

The cost to digitise the collection for future use is estimated to run into the thousands and would be a labour-intensive process. But former local cameramen Darryl ‘Sid’ Hosking, who worked at SES for 44 years, and Robert Tremelling believe that if efforts aren’t taken then 50 years of local history is lost.

“It’s the history of the south east (South Australia) and south west Victoria over nearly 50 years,” Mr Hosking told ABC. “There’d be hours and hours of footage and tape, it would certainly be a considerable undertaking.”

SES8 began transmission in 1966 and RTS5A in 1976. WIN shut down all local news services from the stations in 2013 — and as WIN is the only commercial TV operator in the region the only local TV news being presented to Mount Gambier and Riverland viewers are brief news updates read from studios in New South Wales.

ABC contacted WIN for comment but did not get a response.

Permanent link to this article: https://televisionau.com/2015/05/calls-to-protect-historical-tv-footage.html