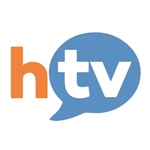 Hunter TV, an aspirant community broadcaster for the Hunter Valley in New South Wales, has been denied access to a broadcast frequency by the communications watchdog.

The Australian Communications and Media Authority (ACMA) has denied the application citing the current re-stack of frequency allocations following the analogue shutdown plus “policy uncertainty”. ACMA clarified that its decision was not a reflection on Hunter TV’s proposed service but rather on the technical and political limitations:

“The ACMA is generally not making spectrum available for high power open narrowcasting television in order to preserve options for the use of the unallocated TV channel.”

It was reported last month that Communications Minister Malcolm Turnbull is looking at reviewing options for utilising the spare sixth channel which could also have repercussions for the existing community broadcasters now in operation in Sydney, Melbourne, Brisbane, Adelaide, Perth, Darwin and Broome.

Hunter TV manager Rod Breis has rejected ACMA’s ruling, citing the availability of three frequencies in the local area, and plans to take the case to the Administrative Appeals Tribunal.

Despite not having a broadcast licence Hunter TV already has production and playout systems in place and has been producing programs, including a children’s show and outside broadcasts, which can be streamed via their website or viewed on YouTube.

The venture also has the support of local politicians, business owners and the Newcastle City Council.