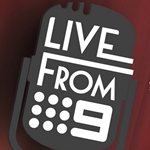 The studios of NWS Nine in Tynte Street, North Adelaide, have been host to a range of productions over the past 54 years — programs including Adelaide Tonight, The Country And Western Hour, The Curiosity Show, Channel Nine Telethon, The Channel Niners, Adelaide Today, C’mon Kids and the once-traditional Christmas pantomimes.

Now the studios, named ‘The Kevin Crease Channel 9 Studios’ in honour of former newsreader the late Kevin Crease, are hosting shows of a different kind as one of the venues for the Adelaide Fringe Festival. 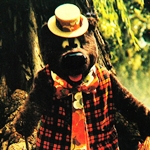 As well as shows such as Mutual A-Gender, A Sense Of Home, DNA and an Amazing Race-themed contest, Race Around The Block, the studios are also hosting Humphrey, Honey & Imagination — featuring famous children’s TV character Humphrey B Bear (pictured), whose program Here’s Humphrey came from the Tynte Street studios for many years.

The Adelaide Fringe Festival runs from 14 February to 16 March. Details of events are at their website. Permanent link to this article: https://televisionau.com/2014/02/adelaide-fringe-comes-to-channel-9.html