Whitney swings into Neighbours
A planned guest appearance in Neighbours by cricketer Greg Matthews put producers in a spin when an incident outside a Perth nightclub left him unable to take part. With only two days’ notice fellow cricketer Michael Whitney stepped in to take Matthews’ place. “I’ve made about a dozen commercials before, and cameras have never fazed me, although working in a drama series is obviously a bit different,” Whitney told TV Week. “It’s fantastic to be on Neighbours — the show is a legend, after all.” Ironically, it took Whitney 30 minutes of “takes” to manage to score a wicket for the cameras — though he had no problem in rehearsals when the cameras were off. “This is embarrassing!,” he said. 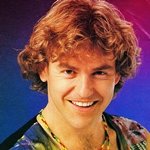 Just what the GP doctor ordered
The arrival of a new doctor at GP is set to give the series some sex appeal. Damian Rice (pictured), a graduate of the Western Australian Academy Of Performing Arts, has been working as a theatre actor for two years but has scored the part of GP‘s new doctor Martin Dempsey. “I’m extremely lucky,” Rice told TV Week. “Some people have a real snobbery about television, but I would have taken any guest roles that were offered. I’m just so very keen to learn about the medium.” Rice makes his debut in GP when it returns for its sixth season next month. He described his character as “a bit radical”. “He’s a country doctor and I think his moving to the city will make for some interesting storylines. I think he’s an easygoing bloke, but he can be very outspoken,” he said. As for any romantic storyline for his character in the show, Rice says viewers will just have to wait and see.

Dougs land a fabulous role
Comedy trio The Doug Anthony All-Stars are reported to have been offered a guest appearance in British sitcom Absolutely Fabulous. “They realised that we can’t be split up, so we will be written into the show as three argumentative interior designers who take on the rather big job of re-doing Edina’s (Jennifer Saunders) house,” Tim Ferguson told TV Week. The trio are also working on their own show, Viva Cabaret, for UK network Channel 4. 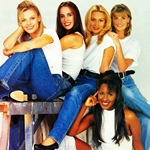 “Neighbours returns on 24 January with a new look that Network Ten hopes will take it well and truly into the supposedly quieter, kicked back (boring?) Nineties. Neighbours in 1993 was strewn with beautiful, glamorous people. Gone now are Scott Michaelson, Natalie Imbruglia, Sarah Vandenbergh and Jonathon Sammy-Lee (although the latter two are on screen until March). At least the show still has Kimberley Davies, Bruce Samazan and Rachel Blakely. Otherwise, Neighbours is full of young teens and older people. There seems to be a gap in the late teens-early twenties area that may turn off some viewers.”

Sunday: The Second Final of the Benson And Hedges World Series Cricket is live from Sydney (2.20pm-6pm and 6.30pm-10.30pm, Nine). Sunday night movies are The Dogs Of War (Seven) and Ghostbusters (Ten) — both are repeats.

Tuesday: The Third Final of the Benson And Hedges World Series Cricket is live from Sydney (2.20pm-6pm and 7pm-10.30pm, Nine). In Blue Heelers (7.30pm, Seven), PJ (Martin Sacks) becomes involved in a theft which circumstances suggest is an insurance scam. 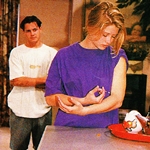 Friday: The Third Test begins from Adelaide Oval (11.20am, Nine). In Neighbours (6.30pm, Ten), unaware that Danni (Eliza Szonert, pictured) is diabetic, Rick (Dan Falzon, pictured) reports back to the gang that she is a junkie.