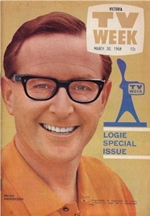 Former Sydney TV newsreader Brian Henderson is to be inducted into the TV Week Logie Awards‘ Hall of Fame. New Zealand-born Henderson, a Gold Logie winner in 1968 (pictured), had joined TCN9 in the late 1950s.  He dominated Sydney television for over 40 years as newsreader at TCN and was known nationally as host of pop …

END_OF_DOCUMENT_TOKEN_TO_BE_REPLACED

Permanent link to this article: https://televisionau.com/2013/03/brian-henderson-for-logies-hall-of-fame.html