And so ends another year… 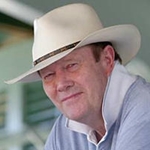 Nine Network cricket commentator Tony Greig has died at the age of 66, after suffering a heart attack at his home yesterday morning.

Born in South Africa to Scottish parents, Greig went on to play cricket for England, representing the country through 58 Tests including the 1977 Centenary Test.

He became a commentator for the Nine Network in 1979, where his car key in the pitch analysis became his trademark.

“It’s a deeply upsetting time for his family and for everyone associated with Tony at Nine, and indeed for many, many others who came to know and love the man.

“Tony has been part of Nine’s commentary team since 1979. He’s not only been part of our family, but he’s had a seat at the head of the table,”

“He’s been a great bloke – one of the terrific characters of the game both as a player and then a commentator, never short of an opinion but always a generous man with a big heart. You just cannot say fairer than that.

“He will be sadly missed, and our special thoughts go out to Vivian, and Tony’s daughters Samantha and Beau, and sons Mark and Tom.”

Greig had been diagnosed with lung cancer back in October.  “It’s not good. The truth is I’ve got lung cancer.  Now it’s a case of what they can do,” he said at the time.

Tony Greig is survived by his wife, Vivian, and two young children, Beau and Tom, and a son, Mark, and daughter, Sam, from his first marriage.

Permanent link to this article: https://televisionau.com/2012/12/obituary-tony-greig.html