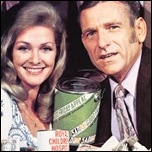 The Adelaide telethon has long gone, but Melbourne’s Royal Children’s Hospital Good Friday Appeal continues to tap into the generosity of Victorians to raise funds for one of the world’s great children’s hospitals.  More than $211 million has been raised since the Appeal’s modest beginnings as a sports carnival in 1931.  Radio station 3DB joined the Appeal during World War II and HSV7 first took part in 1957.

This year’s telethon, the culmination of twelve months of various fundraising efforts across the state, will be held at Melbourne’s Etihad Stadium and broadcast across Victoria through HSV7 and regional affiliate Prime Television.  Melbourne radio stations 3AW and Magic 1278 as radio partners of the Appeal will also cover the day’s activities.

The Appeal promises to feature many of Seven’s on-screen personalities from various programs including Home And Away, Packed To The Rafters, Winners And Losers, Australia’s Got Talent, Seven News, Dancing With The Stars and The Morning Show.  Royal Children’s Hospital ambassador and former Seven personality Dan Webb, probably best known as host of game show Video Village in the 1960s and journalist with Seven National News in the 1970s and ‘80s, will also be making an appearance.

The Royal Children’s Hospital Good Friday Appeal.  Friday 22 April, from 9.30am.  HSV7 (Melbourne) and Prime Television (Regional Victoria) – in association with the Herald and Weekly Times and radio stations 3AW and Magic 1278

Permanent link to this article: https://televisionau.com/2011/04/good-friday-appeal-tradition-continues.html