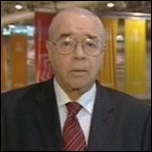 The Nine Network’s political editor Laurie Oakes is to be inducted into the TV Week Logie Awards’ Hall of Fame when the annual awards presentation takes place early next month. With a background in radio and newspaper reporting, Oakes made his television debut in the 1970s on the Willesee At Seven program.  He later became …

END_OF_DOCUMENT_TOKEN_TO_BE_REPLACED

Permanent link to this article: https://televisionau.com/2011/04/laurie-oakes-for-logies-hall-of-fame.html