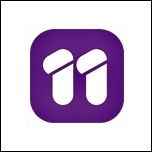 News of the roll-out of Ten’s new digital channel Eleven continues with Southern Cross Media announcing that the channel will launch in the Spencer Gulf, SA, and Broken Hill, NSW, markets on 11 January.

The news makes a nice Christmas present for local viewers and will particularly benefit fans of Network Ten programs The Simpsons and Neighbours which will move exclusively to Eleven from 11 January.  The new channel also promises an entertainment-focused schedule of US content including Dexter, Smallville, The Office, 90210, Futurama, So You Think You Can Dance and The Cleveland Show and classic shows including The Love Boat, The Brady Bunch, Happy Days, Roseanne and Family Ties.

Rick Lenarcic, Southern Cross Media’s Group General Manager for Victoria and South Australia, said that engineering work was fast-tracked to enable the channel’s launch to coincide with the launch in capital city and other regional markets:

“We’re thrilled to announce that we will be launching Channel Eleven for Spencer Gulf and Broken Hill at the same time that metropolitan viewers will have access to this new service.”

“This new service adds to our existing channels, which are based on programming supplied by the Ten, Seven and Nine networks. With the announcement of several key programs currently on Ten moving to Eleven earlier than expected, our engineering team has been working very hard to ensure that our loyal viewers don’t miss out on those programs. It is a credit to them that we are launching Channel Eleven on 11 January 2011.”

Southern Cross has already announced that the other commercial digital channels – 7TWO, 7mate, GO!, GEM and One HD – will launch across Spencer Gulf and Broken Hill regions during the first half of 2011.

Additional broadcast spectrum to enable the carriage of the extra digital channels has become available locally since the 15 December switch-off of all analogue television transmissions in regional South Australia, including Broken Hill.

Darwin, Mildura and Mount Gambier/Riverland are among those markets still waiting news on local transmission of Eleven.

Permanent link to this article: https://televisionau.com/2010/12/eleven-southern-cross-sa-joins-in.html