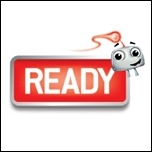 Regional Victoria is not scheduled to lose analogue transmissions until May next year, but a handful of towns have been the exception and have already had their analogue signals switched off – with more towns to follow in the new year.

In Howqua, all five networks commenced digital broadcasting today to coincide with the switch-off of analogue.

The towns of Hopetoun, Lorne, Jeeralang/Yinnar South and Boolarra will also have a similar transition from analogue to digital-only broadcasting in February next year.

Prime, WIN and Southern Cross Ten have also joined ABC and SBS in digital broadcasting today in Mansfield, Eildon and Alexandra – with those towns included in the statewide analogue shutdown in May.

The town of Jamieson is served by community-based transmission infrastructure which will not be upgraded to digital after analogue switches off in May.  Viewers in Jamieson will have access to VAST satellite service to gain access to ABC, SBS and commercial television broadcasts, and government subsidies are available to eligible households to assist in the transition.  VAST will give viewers who can not access digital terrestrial television the full range of digital channels via ABC, SBS, Imparja (Nine), Southern Cross Television (Seven) and Ten Central plus a local news channel.

The early and quick transition to digital-only broadcasting in these towns is due to lack of availability of broadcast spectrum to enable simulcasting between analogue and digital for all networks. 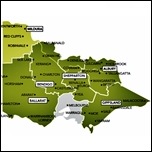 The remainder of the regional Victoria market (outside of Mildura/Sunraysia which has already lost analogue transmission) will lose all analogue TV broadcasts on 5 May 2011.

More information on the digital transition, including details of the household assistance schemes, can be found at the Digital Ready website or telephone 1300201013.

Permanent link to this article: https://televisionau.com/2010/11/victorian-towns-in-analogue-switch-off.html