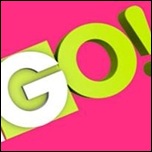 Some developments today in the rollout of digital television services in some of the smaller markets.

Darwin’s Nine Network station, NTD,  has today officially switched on local relays of digital channels GO! and GEM – hence completing the rollout of both channels to all capital cities either via Nine or WIN.  The new channels can be found in Darwin on digital channel 99 and 90 respectively, with GEM broadcasting in high-definition format only.

Meanwhile, the Australian Communications and Media Authority (ACMA) has announced that it has assigned extra digital channel capacity for the local broadcaster covering the Spencer Gulf region in South Australia, and Broken Hill, NSW. 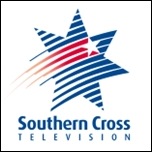 The decision as to which channels will be broadcast on the new frequency lies with Southern Cross Media.

The Regional South Australian markets, including Spencer Gulf and Broken Hill, will lose all existing analogue signals on 15 December 2010.

Permanent link to this article: https://televisionau.com/2010/10/digital-channel-update-sa-broken-hill-darwin.html