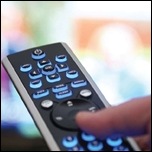 Almost three quarters of Australian households have converted at least one television set to digital, according to the latest Digital Tracker survey released by the Federal Government.

The survey, covering the period of April to June this year, found that 74 per cent of households have converted to digital – an increase from 68 per cent in the previous quarter.

This quarter’s survey was significant in that it took into account the last three months of dual analogue and digital transmission in the regional Victorian market of Mildura/Sunraysia.  Over the course of the three month period it was estimated that digital conversion in Mildura escalated from 88 per cent to 99 per cent – leading up to the 30 June shutdown of analogue transmission.  Digital Tracker also took the opportunity to survey Mildura residents on the days immediately following the analogue shutdown – of the 300 households surveyed only two had not converted to digital TV.

Among other markets in Australia digital conversion rates ranged from 49 per cent of households in Remote Central and Eastern Australia and 53 per cent in Regional WA to 80 per cent in Tasmania and 85 per cent in Darwin.

Melbourne and Sydney also reported a rapid take-up of digital over the three month period – with Melbourne reporting an increase from 64 to 77 per cent of households, and Sydney rising from 61 to 71 per cent.

The Regional SA market, the next region scheduled for analogue shutdown, reported a 77 per cent conversion to digital.  Households in the Regional SA market – comprising Riverland, Mount Gambier, Spencer Gulf and Broken Hill – will lose access to analogue television signals on 15 December 2010.

The shutdown of analogue signals is scheduled to be completed across the whole of Australia by December 2013.

Permanent link to this article: https://televisionau.com/2010/08/74-of-australians-now-watching-digital.html