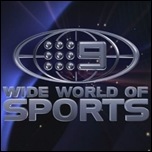 Nine’s Wide World Of Sports just got a little bit smaller with news today that the network plans to end its long-term association with the Wimbledon tennis tournament.

Nine has cited falling viewer support for the event in recent years as the reason for the move and as a result has decided it would rather spend the $15 million in licensing and broadcasting the world’s premier tennis event each year on boosting its bid for the rights to cover AFL football when the current arrangement expires at the end of the 2011 season.

Nine’s bid for AFL is set to include more live coverage – something that the current incumbents Seven and Ten are less likely to do – and support for a high-profile Monday night fixture.

Wimbledon was first telecast in Australia on ABC in the late 1960s, with limited coverage of finals matches and highlights packages, at a time when satellite telecasts to Australia were still in their infancy.

Nine’s broadcasting of Wimbledon dates back to 1977, forming part of Kerry Packer’s strategy of building up the network’s schedule with major television and sporting events.  Packer also used to head to Wimbledon where he had an elaborate marquee set up to wine and dine with friends and business partners.

The opportunity may exist for another network to pick up the Wimbledon rights.  The event would be a perfect fit for Ten’s sports channel, One HD, but the network may be reluctant to commit to any bid for the rights pending the review of the anti-siphoning legislation which currently prevents key sporting events being televised exclusively on digital television.

Permanent link to this article: https://televisionau.com/2010/07/game-over-for-wimbledon.html