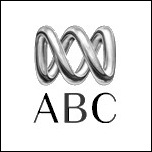 The launch of ABC’s long-awaited 24-hour news channel, ABC News 24, is getting closer. While no official announcement of a launch date has been made by ABC, earlier this week MediaSpy reported that an ABC insider had advised that the channel could be on the air as early as this Wednesday or next.  The channel’s …

END_OF_DOCUMENT_TOKEN_TO_BE_REPLACED

Permanent link to this article: https://televisionau.com/2010/07/abc-previews-news-24.html