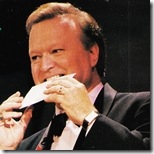 TV Week is expected to announce Bert Newton as the host of this year’s TV Week Logie Awards. The TV legend, a four-time Gold Logie winner and inductee into the Logie Awards’ Hall of Fame, has hosted the awards a record-breaking 18 times already – the last time he hosted the awards was in 1993 …

END_OF_DOCUMENT_TOKEN_TO_BE_REPLACED

Permanent link to this article: https://televisionau.com/2010/03/bert-newton-to-host-the-logies.html