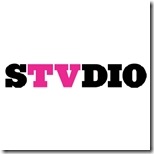 SBS has announced the launch of its new pay-TV channel, STVDIO, dedicated to entertainment and the arts.

The new channel will debut on 1 April as a replacement for the Ovation Channel which is to close after not being renewed by Foxtel and Austar in favour of the new channel to be run by PAN TV, a wholly-owned subsidiary of SBS.

SBS’ director of marketing, Jacqui Riddell, explains the identity of the new channel:

“The name STVDIO represents the new channel perfectly.  Every art form – be it dance, fine art, music, theatre, film or writing – is created in a studio.  In addition to performance, our new channel will take audiences into how art is made and what makes artists tick.  Both the channel name and logo have been stylised to include the letters “TV”.” 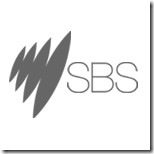 SBS’ investment in PAN TV is one of a few pay-TV ventures to be owned by free-to-air interests.  The Seven and Nine networks are joint venture partners (with Rupert Murdoch) in the pay-TV channel, Sky News Australia, while regional network WIN owns alternative pay-TV provider SelecTV.

STVDIO will broadcast on Channel 132 on Foxtel and Austar from 1 April.

Permanent link to this article: https://televisionau.com/2010/01/sbs-starts-up-stvdio.html