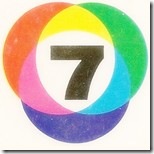 Hosted by Yvette Mooney and Simon Reeve, both familiar TVW names dating back over 20 years, the program will look back at the life of the channel that has dominated Perth television for most of the last half century.

The program will also pay special tribute to the channel’s newsreading team of Rick Ardon and Susannah Carr, who have been reading the news together for TVW7 since 1984 – making them quite possibly the longest-serving newsreading team in Australian television. 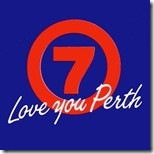 The program is the lead-up to a staff reunion of TVW7 employees to be held on Sunday and also coincides with this month’s launch of an exhibition by Australian Museum of Motion Picture Technology to celebrate 50 years of television in Western Australia, covering the development of Perth channels TVW7, ABW2, STW9, NEW10 and regional networks GWN and WIN.

Permanent link to this article: https://televisionau.com/2009/10/50-years-of-tvw7-perth.html