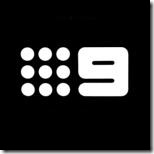 A dual Walkley Award winner with a long history as a print journalist – working at newspapers including The Mercury, The Age, The Herald and Sunday Observer – Sorell went on to lead the GTV9 newsroom from 1975 at a time that the station’s evening news bulletin was being soundly beaten by Seven.

It was Sorell who, during 1978, made a successful bid to poach top-rating Seven newsreader Brian Naylor. Naylor joined National Nine News early in 1979 and went on to lead the news ratings until his retirement in 1998.

Sorell retired from Nine in 2003, leaving while the channel’s news was still in front in the ratings.

Just two months ago, Sorell wrote a tribute in the Herald Sun to Brian Naylor who died with wife Moiree in the tragic bushfires that devastated parts of Victoria.

Permanent link to this article: https://televisionau.com/2009/04/john-sorell.html