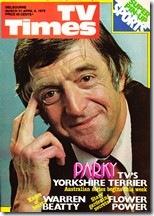 TV’s Yorkshire terrier British TV host Michael Parkinson (pictured) has conducted more than 500 interviews with some of the world’s most famous people and created many memorable moments – he once got stuck into Hollywood actor John Wayne over his political persuasions, almost got a thumping by an outraged Muhammed Ali, and had his belly-button …

END_OF_DOCUMENT_TOKEN_TO_BE_REPLACED 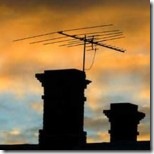 Given a lot of recent discussion about the advent of the digital multi-channelling environment and the implications that it has for viewers, particularly outside the major metropolitan areas, it is interesting to see that two decades ago regional television was facing an earlier journey into a new era. In the 1980s the Federal Government devised …

END_OF_DOCUMENT_TOKEN_TO_BE_REPLACED

Permanent link to this article: https://televisionau.com/2009/03/aggregation-regional-tvs-bold-new-era.html