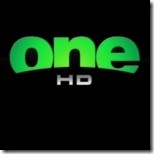 The Ten Network has announced a launch date for its new digital channel OneHD.

The new channel, to be devoted 24 hours a day, seven days a week to sport, will make its debut on 26 March.  The launch of OneHD marks the first true multi-channel from the commercial networks in that it provides, in principle, an alternative schedule to the standard-definition and analogue channel.

The first program to appear on OneHD in Melbourne, Adelaide and Perth will be the opening round AFL match between Richmond and Carlton.  (Sydney and Brisbane viewers will get the Swimming Australia SKINS event before getting the AFL game on delay)  Though, perhaps defeating the actual purpose of multi-channeling, the game will be also shown on Ten’s main channel at the same time as well as the standard-definition simulcast of One.

Then over the weekend, OneHD will present around 22 hours of coverage of the ING Formula 1 Grand Prix – expanding on the coverage that will already be provided via Ten’s existing channel. 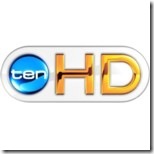 The one concern that viewers have had, and that Ten seems reluctant to acknowledge or respond to, is that the launch of OneHD marks the end of not only TenHD as a part-time multi-channel but also all non-sporting content in high-definition.   This means that all regular Ten programs such as Rove, Neighbours, House, NCIS, Rush, Australian Idol and Good News Week will no longer be available in high-definition.  It is a curious move to remove all mainstream programming from high-definition in favour of a niche program format – especially given the expense at launching TenHD, as it was, barely a year ago.  It seems to be a counter-productive move when the industry as a whole is trying to entice the wider general public to upgrade their TV to digital or to high-definition.

For regional viewers who were promised TenHD last year through Ten’s affiliate broadcaster Southern Cross – but never received it – it is still unclear whether they will get OneHD although it is believed that Southern Cross’ Canberra control room is being upgraded to support OneHD.

What might have been a better scenario is to have One primarily as a standard-definition channel (as it is currently intended to be in simulcast with HD anyway) and retain TenHD as a hybrid of simulcast content from both Ten’s main channel and One as well as having a provision for some of its own programming.  Depending on how OneHD pans out and how Ten chooses to react to viewers’ feedback regarding the loss of HD programming, an alternative strategy to the one they’ve adopted just might become an option.

And while Ten has at least made some noise, for better or for worse, about its new digital channel, its rivals Seven and Nine have yet to make any indication as to their plans for multi-channeling.

Permanent link to this article: https://televisionau.com/2009/02/ten-plus-one-in-march.html