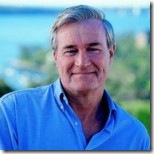 A week is a long time in television, and Mike Munro has just announced his retirement after 30 years in television – most of those with the Nine Network.

Beginning as a copy boy with The Australian and The Daily Mirror newspapers in 1971, Munro joined Sydney’s TEN10 Eyewitness News in 1978 but later went back to newspapers, working as a US correspondent for News Limited.

In 1982, Munro returned to Australia to Network Ten and two years later was signed up for the Nine Network’s Willesee current affairs program, the predecessor to today’s A Current Affair.

Two years after joining Willesee, Munro moved up to Nine’s 60 Minutes where he combined serious current affairs stories with some well-known celebrity interviews including Barbra Streisand, Katharine Hepburn and Bette Midler. His interview with politician’s wife Jan Murray created headlines when she revealed that she “did the business on the desk and left her knickers in the ashtray” at Parliament House.

The years of constant overseas travel took its toll and Munro decided to move to A Current Affair in 1993 initially as a reporter before taking over from Ray Martin as host in 1999. During this period he also took on a different role as host of Nine’s This Is Your Life when it launched in 1995.

Munro then returned to 60 Minutes as an investigative reporter, while continuing to host This Is Your Life, and later reading National Nine News‘ afternoon edition and weekend edition in Sydney. He also narrated the factual program Missing Persons Unit, co-hosted a series of What A Year and last week launched his twelfth season hosting This Is Your Life.

Mike Munro will stay with Nine until the end of October, continuing to read the weekend National Nine News in Sydney up until then.