The biggest event on the SBS calendar is almost upon us with the 2008 Eurovision Song Contest, to be held in Belgrade, Serbia, now only weeks away -and as well as the contest’s annual parade of cheesy Europop, this year there’s more to get excited about.

This year’s contest, for the first time in the event’s 53-year history, will be played out over three nights – comprising two semi-finals and the grand final – and  SBS will be televising all three nights of competition. 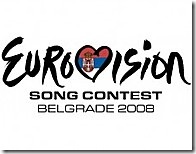 The first semi-final, on 20 May, will be shown on SBS on Friday 23 May at 7.30pm.  Later in the evening, the special The Decline Of A Popstar follows the rapid rise and equally-rapid fall of a Danish Pop Star winner.  And perhaps to continue along the night’s theme of pop-gone-wrong, the same night will also feature the Norwegian movie mockumentary Get Ready To Be Boyzvoiced, a familiar favourite among SBS viewers. 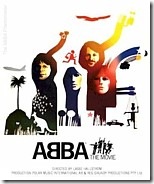 The second semi-final will air on Saturday 24 May at 7.30pm, to be followed by ABBA: The Movie, the 1977 hit movie that told the story of a radio DJ’s trek around Australia in a bid to interview the Swedish supergroup that rose to fame following their winning of the 1974 Eurovision Song Contest.

The grand final which will comprise the top ten countries from each of the semi-finals, plus last year’s winner Serbia and the ‘big four’ Eurovision countries – United Kingdom, France, Germany and Spain – will be shown on SBS on Sunday night, 25 May at 7.30pm (to be confirmed).

Permanent link to this article: https://televisionau.com/2008/04/europes-living-a-celebration.html