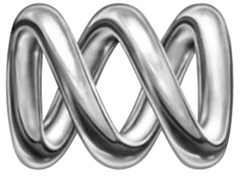 Today’s announcement of nominations for the 50th annual TV Week Logie Awards came with some interesting names. As well as the usual parade of soap stars and, ahem, Bindi Irwin, there were some surprises in the Gold Logie nominations list. The national broadcaster ABC, who usually deny having any interest in popularity contests such as …

END_OF_DOCUMENT_TOKEN_TO_BE_REPLACED

Permanent link to this article: https://televisionau.com/2008/04/abc-in-the-hunt-for-gold.html