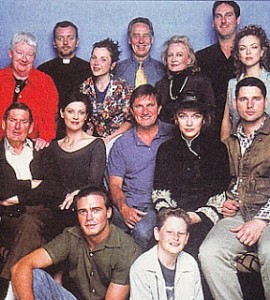 The revamp of ABC2, while promising a range of new content, also appears to be bringing one or two titles out of the vaults. Starting Monday 11 February, ABC2 will be commencing a re-run of the rural soap-drama Something In The Air, which originally ran on ABC between January 2000 and May 2002. A production …

END_OF_DOCUMENT_TOKEN_TO_BE_REPLACED Cover: Charlie’s Angels (Kate Jackson, Jaclyn Smith, Cheryl Ladd) Mike’s game for TDT job:TV Times reports that Mike Minehan, former host of A Current Affair and the game show $30,000 Treasure Hunt, has taken on the job as host of the Victorian edition of ABC‘s This Day Tonight. Minehan takes on the role as replacement …