Today we go back to forty years ago, when Australians were allowed their first chance to see Christmas TV in colour.

Among the programs to be broadcast in colour was the annual Carols By Candlelight, telecast from the Myer Music Bowl in Melbourne across the 0-10 Network on Christmas Eve. The event hosted by ATV0 sports editor Philip Gibbs and featuring a 300-voice choir plus performances by Rex Taylor, Jane Peters, The Pied Pipers and The Proclaimers.

On the same network, screening on Christmas night was Bobby Limb‘s Sound Of Christmas, a one-hour special filmed around Melbourne. Joining Limb (pictured third from left) and wife Dawn Lake were Jimmy Hannan, newlyweds Bert and Patti Newton (pictured above left), Nancye Hayes, Tommy Hanlon Jnr, Liz Harris, Samantha Sang, Rhonda Bruce (above right), the Moir Sisters, the Jillian Fitzgerald Dancers and the Australian Boys’ Choir. The special, filmed at various Melbourne sites including Como House (below) and Sherbrooke Forest, aimed to present an Australian perspective on Christmas rather than the raft of Christmas specials that come in from overseas. ABC‘s live via satellite coverage of the opening ceremony of the Holy Year from St Peter’s Basilica in the Vatican was broadcast in colour on Christmas morning. The traditional Queen’s Christmas Message was also in colour on ABC on Christmas evening, followed later by the 1950 film Cheaper By The Dozen. 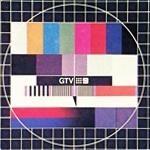 But while viewers — at least those with colour TV sets — had a chance to see some Christmas programming in colour, Christmas Day was a day of duty for some within Melbourne’s GTV9. Given that TV viewing is often not high on the public’s agenda on Christmas Day, the channel had made the decision to not broadcast any programming on Christmas Day until 4.00pm to enable station technicians time to conduct work at the Mt Dandenong transmission tower in preparation for the full changeover to colour to take place on C-Day, 1 March 1975.

A spokesperson for GTV9 said that to compensate for the outage they would show a number of programs on Christmas night in colour. These included Eric Pearce‘s half-hour special Reflections On Christmas and the 1967 film Half A Sixpence.

In Sydney, with the exception of the news, ATN7 promised colour programs from 5.30pm right through to close down at 11pm — including specials A Christmas Tree, A Christmas Carol, Little Drummer Boy and Frosty The Snowman followed by The Sonny And Cher Comedy Hour, On The Buses and Christmas specials featuring Val Doonican and Reg Varney. Rival channel TCN9‘s Christmas night included colour transmission of A Charlie Brown Christmas, the Queen’s Christmas Message and movie The Music Man.

Permanent link to this article: https://televisionau.com/2014/12/tvs-first-colour-christmas.html