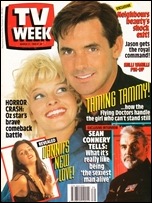 Tammy’s springing into movies!
Tammy McIntosh’s career is set to leap even further than she had imagined.  The former Perth girl (pictured, with Andrew McFarlane) went from children’s program C’mon Kids to prime-time drama as nurse Annie Rogers in The Flying Doctors – and has drawn praise from Nine drama chief Alan Bateman:  “I really think this is the best Flying Doctors series ever and I’m particularly excited about Tammy.  She brings a real sparkle and energy to the show.”  Now it seems there could be a future for the 19-year-old on the big screen, with plans to head to Sydney to discuss a film role before returning to Melbourne for production of the next series of The Flying Doctors. 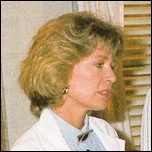 Will Carol come back?
The Seven Network is in negotiation with Carol Willesee, estranged wife of current affairs identity Mike Willesee, over reinstating her for the leading role of Pippa Fletcher in Home And Away.  Willesee was originally appointed for the role when the pilot was being produced in 1987 but quit the show after two days’ filming.  Willesee cited the long hours and disruption to her family commitments as reasons for leaving and she parted company with Seven amicably.  Vanessa Downing, who ended up being cast as Pippa, is now set to leave the show when her contract expires later in the year, leading to the negotiations between Seven and Willesee.  But a Seven spokesperson said that “nothing has been resolved.”  Willesee recently completed a guest role in Nine’s Family And Friends (pictured). 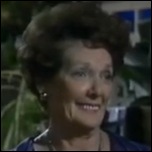 Farewell to a golden girl
Pat McDonald, the much-loved actress through her long-serving roles in Number 96 and Sons And Daughters, has died from cancer.  The multi-Logie award winner first became ill only six months ago when she collapsed just minutes before stepping on to the stage for the Sydney production of Alex Buzo’s play, Shellcove Road.  Ten days before her death in hospital, McDonald asked that she be carried to her resting place in a pink hearse.  Close friend Stuart Wagstaff, speaking at McDonald’s farewell at St Stephen’s church in Sydney, conceded “we could not find one – it seems there is not much call for a pink hearse in Sydney – so we had to settle for white.”  The funeral was attended by many of her former Number 96 and Sons And Daughters colleagues – including Ron Shand, Johnny Lockwood, Elisabeth Kirkby, Jeff Kevin, Thelma Scott, James Elliott, Joanna Lockwood, Leila Hayes, Brian Blain, Tom Richards and Danny Roberts.  A one-time TV Week Gold Logie winner (in 1974), one of McDonald’s last TV appearances was in the opening number of the 1989 TV Week Logie Awards, appearing alongside other female Gold Logie winners Lorrae Desmond, Hazel Phillips, Rowena Wallace and Denise Drysdale.

Briefly…
Former Sons And Daughters star Brian Blain is on the comeback trail after a horrific motorcycle accident which nearly killed him.  Suffering five broken ribs and a broken collarbone, Blain says that if it wasn’t for his crash helmet he would have broken his neck too.  The 53-year-old actor is making a return to television in a guest role on A Country Practice, working alongside old friend Shane Porteous with who he started his acting career with in Brisbane. 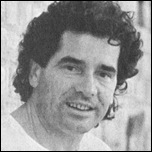 Showbiz couple John Orcsik and Paula Duncan moved to Sydney two years ago to avoid work-related separations – but now the pair each find themselves in demand in separate cities.  Orcsik (pictured) has been performing in Melbourne in David Williamson’s play Siren, and is set to follow the show on a national tour, while Duncan has been appearing in Sydney-based soap Home And Away, with producers pushing for a long-term commitment.

Neighbours producers have decided to write out the popular character of Sharon Davies, played by 19-year-old Jessica Muschamp who says the decision may have been a “blessing in disguise.”  Muschamp told TV Week, “As good as it had been, they probably felt that Sharon didn’t have as much of a family base as some of the other characters.”  She will finish with Neighbours in five weeks and is already committed to English pantomime performances over Christmas and is considering mini-series and theatre roles in Australia. 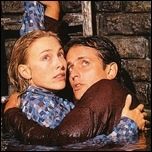 John Laws says…
”Why did Nine’s Family And Friends (pictured) struggle so desperately in the ratings in prime time?  It’s something of a mystery, because the show is no worse than any other of the other top-rating soaps screening at the moment.  Yet viewers rejected it and Nine has banished it to 5.30pm.  Why should this be?”

Program Highlights (March 31-April 6):
Saturday:  HSV7 crosses to Carrara, Brisbane, for Saturday night AFL – Brisbane Bears versus Richmond – with commentators Sandy Roberts, Peter McKenna, Don Scott and boundary reports from Bill McDonald.
Sunday:  The afternoon is dominated by sport – NBL (HSV7), AFL (HSV7), Figure Skating (GTV9), Davis Cup Tennis (on SBS, taking the Seven Network coverage due to that network’s AFL commitments) and Rugby League (ATV10).  Sunday night movies are Firewalker (HSV7), The Razor’s Edge (GTV9) and Off Limits (ATV10).
Tuesday:  In ABC’s drama GP, Steve (Michael O’Neill) is devastated when he discovers that a close friend has AIDS.  He has to reconcile himself to his friend’s homosexuality and help him to cope with the trauma.
Wednesday:  ATV10 presents a re-run of mini-series My Brother Tom, starring Gordon Jackson, Keith Michell, Christopher Cummins and Tom Jennings.
Thursday:  In Home And Away (HSV7), how much longer can Sophie (Rebekah Elmaloglou) put off revealing her lack of literacy skills?
Friday:  HSV7 presents Friday night AFL coverage of Richmond versus North Melbourne from the MCG.