Nine’s drive for new soap saga
The Nine Network‘s new drama series Pacific Drive is set to begin production on the Gold Coast in two weeks. The new five-day-a-week soap, commissioned for an initial run of 260 episodes, is expected to debut in a late afternoon timeslot this summer. Nine’s head of drama Kris Noble says that Pacific Drive will learn the lessons from the network’s axed Paradise Beach. “What we’re trying to do here is a fun adult melodrama,” he told TV Week. “We’re making it in the tradition of all good soap operas, like back in early days of Peyton Place, Dynasty and naturally, Melrose Place.” The cast of Pacific Drive includes Simone Buchanan, Joss McWilliam, Kate Raison, Melissa Tkautz, Adrian Lee and Danielle Spencer.

Martin heads Home?
The axe has finally fallen on Ten‘s ailing soap opera Echo Point. The series has failed to gain ratings after three months, two different timeslots and some high profile guest stars. The remaining episodes will now go to air in a late night timeslot following Sports Tonight. Meanwhile, rumour has it that series star Martin Henderson was approached by Home And Away producers just hours after the axe fell on Echo Point. Insiders say that Henderson will be groomed to take over from resident heart-throb Dieter Brummer, who is expected to leave the show at the end of the year. 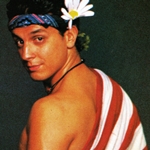 Felice’s De Niro drama
Former Neighbours star Felice Arena was paid a compliment from an unusual admirer while starring as American hippie Wolf (pictured) in the London stage production of Hair. “The producers knocked on my dressing room door one night and said, ‘Felice, we’ve got a visitor for you’. I opened the door and it was Robert De Niro,” Arena told TV Week. “He just said, ‘You’re doing a really good job’ and shook my hand. I was dumbfounded.” After two years in London, Arena has returned to Australia with hopes to turn a book he’s written in a film. He also does not rule out a return to Neighbours. “I’d love to do a soap again. I had a lot of fun doing Neighbours.”

Program Highlights (Melbourne, September 16-22):
Saturday: The First Qualifying Final of the Australian Rugby League (2.30pm, Nine) is live from the Sydney Football Stadium. Beyond 2000 (5.30pm, Ten) looks at the world’s first academic study to find out what happens to the brain when the body dies.

Monday: In Neighbours (6.30pm, Ten), Stonie (Anthony Engelman) has a lot to answer for after kissing Annalise (Kimberley Davies) at the nightclub. As the footy finals get into full swing, Sale Of The Century (7pm, Nine) begins its Battle of the Footy Codes. In Frontline (8pm, ABC), Mike (Rob Sitch) is concerned that he is not being taken seriously as a journalist.

Wednesday: In Correlli (8.30pm, ABC), an inmate’s failure to get early parole has a shattering effect on Blackstream prison.

Thursday: In Home And Away (7pm, Seven), Alf (Ray Meagher) considers building a motel near the caravan park. In Getaway (7.30pm, Nine), Jeff Watson checks out a bird’s eye view of the Kuranda rainforest; Christina Morrissy discovers a restaurant on the banks of the Yarra River, then visits Berry Springs in the Northern Territory; and Tina Dalton finds a special attraction on Heron Island.