Bell rings in the changes!
Former Neighbours and E Street star Melissa Bell is back in Australia after a stint in the United Kingdom that was soured by legal and financial troubles. “I came back because I was having such a dreadful time. My manager was saying I owed her money and I was saying she owed me money as well,” she told TV Week. “It ended up costing me a lot of money because I had to get a good lawyer, a new accountant, so things did go wrong.” Since returning to Australia she has starred in Paradise Beach and has upcoming appearances in GP, The Great Outdoors and Over The Hill. She is also co-author of book that tells the story of a teen’s troubled times as a soap actor trying to make it big. “People will see themselves mirrored in the novel’s characters,” she told TV Week. “It’s about a girl, about 18, who gets into the industry, gets on a good-rating show and goes overseas, and it’s about the pitfalls. It’s not autobiographical. It’s fiction… but it does have bite.” 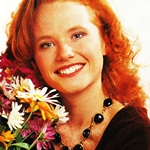 Raelee’s a blooming nuisance!
Former Paradise Beach star Raelee Hill (pictured) feels lucky to have landed a long-term role so soon after the axing of Paradise Beach. “I’ve had the best run, and been very lucky,” she told TV Week. “I finished Paradise Beach and fell into Blue Heelers and now Neighbours!” Hill joins Neighbours as free-spirited Serendipity Gottlieb, sister of Mark (Bruce Samazan). “In the early days she’ll come across as a bit of a mess because she has to hold on to the views of her parents, and that’s a very alternate upbringing. This attitude clashes with Mark’s nature because he hasn’t really held on to his parents’ philosophies,” she said. Samazan says that Mark is a little shocked at her arrival. “He finds out she’s still the same pain in the bum and she’s come back to cause a bit more havoc,” he said.

Floating on air
While his brothers Lochie (on Getaway) and Cameron (on new US series Models Inc) are being hyped up, Andrew Daddo is quietly settling in at the Seven Network, where he has been signed up as a “floater” while the network finds an ongoing project for him. He is currently waiting on the green light for a variety pilot he made back in January. “They asked me what I wanted to do and I told them fairly creative new TV,” he told TV Week. “It’s just a matter now of seeing what comes up.”

“While it revels in the high ratings the Commonwealth Games should bring over the next two weeks, Network Ten will be putting the finishing touches to what basically amounts to its own re-invention. On the face of it, Ten will have an uphill battle — it doesn’t appear to have too many hidden big guns and, as sure as there will be lots of running, jumping and swimming in Victoria, Canada, during the next fortnight, you can bet the opposition won’t be resting on its laurels after the closing ceremony, either. After the Games comes (Aaron) Spelling’s glitzy new Models Inc. As you might have seen from the promos, it’s the world of the supermodels and the superstuds. I would add “and the superficial”, but that’s never stopped any television series working in the past. I hold higher hopes for Mad About You, a sitcom from the makers of another of Ten’s brightest lights, Seinfeld. From the “quality drama” stable comes another series of Picket Fences, the show about the quirks of life in Rome, Wisconsin. While it will have confidence in some of its new imports, the local horizon looks particularly bleak for Ten. Neighbours continues to hang in there, although it is being thumped in Sydney; the rescue of A Country Practice after it was tipped overboard by Seven has been a mistake; and Heartbreak High for all its verve and freshness, is pulling figures in the lower teens than most of the student population.”

Program Highlights (Melbourne, August 20-26):
Commonwealth Games: Ten’s telecast of the XV Commonwealth Games from Victoria, Canada, includes daily coverage from 7am through to 5pm with highlights packages from 7.30pm (7.00pm on Saturday) to 12.30am.

Saturday: Seven has an afternoon marathon for Get Smart fans, including a compilation of “best” episodes of the classic sitcom plus the 1989 movie Get Smart Again! Game show Man O Man (7.30pm, Seven) returns for its second series.

Monday: In Home And Away (7pm, Seven), Tug (Tristan Bancks) is over the moon when Alf (Ray Meagher) gives his business venture a second chance. In Talk To The Animals (7.30pm, Seven), Pamela Graham looks at the Fijian crested iguana, Jane Holmes talks to bird watching enthusiasts about the species found in Antarctica, and Mike Lester visits England and meets a couple who have founded a hospital for injured wildlife. 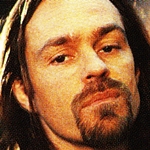 Thursday: In Home And Away (7pm, Seven), Shane (Dieter Brummer) and Angel (Melissa George) hit panic stations when Dylan (Jay Patterson) locks himself in the car.