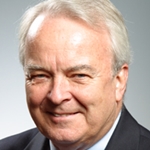 John Tingle, former journalist and politician, has died at the age of 90.

John Tingle was born in Sydney in 1931. His career in broadcasting began at Deniliquin radio station 2QN, before a 17-year stint at ABC.

His career was predominantly in radio but he worked in television, as a presenter on Probe, Police File and Wanted for the Nine Network, Tonight With John Tingle on WIN4, Wollongong, World News Report on SBS, as well as a period as ABC’s director of TV news in Sydney.

In the 1990s, he entered NSW state politics as the founder of the Shooters Party and served as a member of the NSW Legislative Council for 11 years.

John Tingle is survived by his sister Margaret, his three children, Peter, Sally and Laura, and his two grandchildren, Tosca and Kristia

Permanent link to this article: https://televisionau.com/2022/08/obituary-john-tingle.html