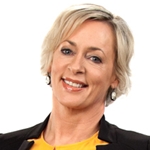 Network Ten presenter Amanda Keller (pictured) is among the hundreds of Australians in this year’s Queen’s Birthday Honours List.

Keller, whose television career dates back to the 1980s, has been awarded a Medal of the Order Of Australia (OAM) “for service to the broadcast media, and to the community.” A former producer and researcher for Midday, Keller became known as a reporter for Beyond 2000 and later as a regular on Denton. Other television credits include Mondo Thingo, Housos, Swift And Shift Couriers and Talkin’ ‘Bout Your Generation. She has been a co-host of Ten’s The Living Room since 2012.

Annette Allison (OAM) — “For service to the community through a range of organisations.” Allison was a TV performer and presenter in Queensland in the 1960s and 1970s before moving to Melbourne to ATV0 (now Ten) in 1979 as newsreader and also co-host of Everyday (later Good Morning Melbourne). She continued at Ten until Good Morning Melbourne wound up in 1988. She more recently made a guest appearance in Kath And Kim in 2004.

Kate Ceberano (AM) — “For significant service to the performing arts, particularly music, as a singer, songwriter and entertainer, and to charitable organisations.” Ceberano is a former co-host of the SBS education series The Workshop and has also appeared on The X Factor, Dancing With The Stars, It Takes Two, Who Do You Think You Are?, Australian Music Awards, the TV Week Logie Awards and is a presenter on Getaway. She also hosted variety show Kate Ceberano And Friends for ABC in 1993-94. 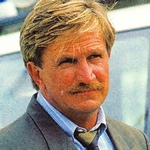 Frankie J Holden (OAM) — “For service to the arts as an entertainer, and to the community of the Sapphire Coast.” Holden has appeared on TV as a presenter on The Great Outdoors, In Melbourne Tonight and What’s Up Down Under. Acting credits include Prisoner, Special Squad, Round The Twist, Late For School, Embassy, Police Rescue, Blue Heelers, Something In The Air, Underbelly and A Place To Call Home.

Lynn Rainbow-Reid (AM) — “For significant service to the community through support for a range of cultural and charitable organisations, and to the performing arts as an actor.” As Lynn Rainbow, she was a founding cast member of the popular drama Number 96 and also starred in the feature film version of the series. Other TV credits include Homicide, Division 4, Matlock Police, Against The Wind, The Young Doctors, A Country Practice and Home And Away.

Rhoda Roberts (AO) — “For distinguished service to the performing arts through a range of leadership and advocacy roles in the development, promotion and presentation of contemporary Indigenous culture.” Roberts, currently Head of Indigenous Programming at the Sydney Opera House, is a former SBS journalist and was a host of the long-running current affairs program Vox Populi.

Debbie Spillane (AM) — “For significant service to media as a sports commentator and journalist, and as a role model for women in broadcasting.”  Veteran ABC sports journalist and radio presenter Spillane is a former panellist on Live And Sweaty.

Christopher Wharton (AM) — “For significant service to the print and television media in Western Australia as a senior executive, and to the community..” Wharton is the Chief Executive Officer of Seven West Media (WA) and is a former managing director of TVW7 in Perth.

Source: Governor-General Of The Commonwealth Of Australia

Permanent link to this article: https://televisionau.com/2016/06/amanda-keller-in-queens-birthday-honours-list.html