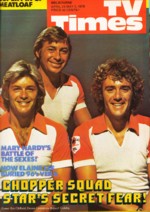 Chopper Squad star’s secret fear! Dennis Grosvenor, one of the lead actors in the new 0-10 Network series Chopper Squad, reveals one of the occupational hazards in filming the action drama – motion sickness! “I generally manage to control it fairly well by making sure I haven’t eaten too much before a flying or boating …

END_OF_DOCUMENT_TOKEN_TO_BE_REPLACED 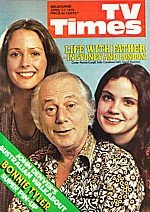 Cover Story: Life with Father:TV Times‘ writer Howard Dudding talks with Father Dear Father star Patrick Cargill who is in Australia to appear in a local version of the British series being made for the Seven Network. The nearly-60-year-old had plenty of praise for his young Australian co-stars Sally Conabere and Sigrid Thornton (pictured with …

END_OF_DOCUMENT_TOKEN_TO_BE_REPLACED 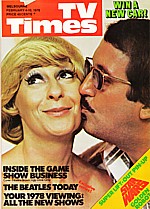