Saturday nights are usually regarded as the graveyard of prime-time TV. The assumption of commercial network programmers is that the type of viewers that advertisers most likely want to attract are out of the house on Saturday night, so there is no point in trying to appeal to them. As a result, Saturday night TV …

END_OF_DOCUMENT_TOKEN_TO_BE_REPLACED 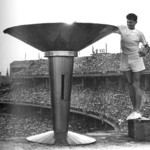