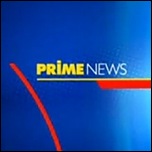 Prime Television has announced this week that it will soon no longer be producing Prime News from its Albury studios and will instead be shifting production to centralised facilities in Canberra.

The Albury-based bulletin, which screens 5.30pm weeknights in the Albury and Upper Murray district as the lead-in to the Melbourne-based Seven News, has been in production since local station AMV4 (the local predecessor to Prime) began broadcasting in 1964.

The move to the Canberra facility follows similar moves from Prime’s Orange and Wagga Wagga station facilities earlier this year.

The Albury studios were recently upgraded, at a cost of $200,000, to accommodate widescreen production of its local news, an upgrade that prompted optimism that the network was planning to maintain production in Albury and that it might extend its local news coverage across Victoria to tackle rival network WIN, which has a monopoly on local newscasts across the rest of regional Victoria.

Prime chief executive Doug Edwards said that to fully convert the studios for digital television would cost around $1 million and that the network would be better to use existing facilities:

“We’ve got six newsrooms and it doesn’t make a lot of sense to go out and fully digitalise six newsrooms when you can invest that money into a super facility in Canberra and be able to present much better news. We are looking at new sets, new technology and I think we can do that by investing money into a presentation facility in Canberra that will give a better product on screen.” 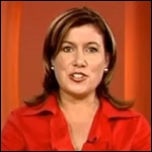 Mr Edwards said that the move will not result in any job losses, although two crew staff in Albury will be offered roles in Canberra. Newsreader Helen Ballard (pictured) is expected to stay based at Albury but only as a senior reporter.

Prime News will move production from Albury in the new year.

Permanent link to this article: https://televisionau.com/2010/12/prime-news-exits-albury.html