Ross Higgins, the actor best known as Ted Bullpitt in Kingswood Country, has died at the age of 85. Higgins’ career began in radio, at Sydney station 2GB, in 1946. His radio career alternated between both commercial radio and ABC. The advent of television in 1956 saw Higgins move into the new medium, including hosting …

END_OF_DOCUMENT_TOKEN_TO_BE_REPLACED 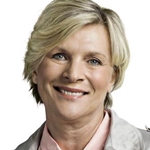 Rebecca Wilson, sports journalist and former TV presenter, has died at the age of 54 after a private battle with breast cancer. Brisbane-born Wilson was the daughter of foreign correspondent Bruce Wilson and sister to Seven News sports presenter Jim Wilson. Her career started as a cadet journalist for the Courier Mail newspaper in Brisbane. She …

END_OF_DOCUMENT_TOKEN_TO_BE_REPLACED

Permanent link to this article: https://televisionau.com/2016/10/obituary-rebecca-wilson.html

SBS Viceland, the new joint venture between SBS and US content producer Vice, is to launch on 15 November at 4.00pm. The new channel, first announced back in June, will replace the current SBS2 channel and will also be available via SBS On Demand. SBS promises that the new channel will feature “the best of …

END_OF_DOCUMENT_TOKEN_TO_BE_REPLACED

Permanent link to this article: https://televisionau.com/2016/10/sbs-viceland-launches-15-november.html 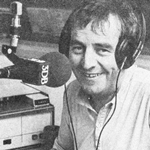 Former radio and television personality Ernie Sigley (pictured) has been diagnosed with Alzheimer’s disease. The family of the 78-year-old entertainer released a statement earlier today that he had been living with the disease for most of this year. The family released the statement after various approaches from media over the weekend with Sigley’s beloved Western Bulldogs winning …

END_OF_DOCUMENT_TOKEN_TO_BE_REPLACED 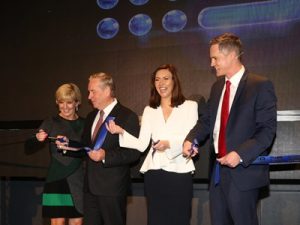 Perth’s STW Nine has officially opened its new studio premises located in the CBD at 253 St Georges Terrace. The new complex, which occupies approximately 2500 square metres of office space across three buildings for its 130 staff, includes a fully digitised and automated studio which is the most modern in Australia. The new studio, which is a window-front …

END_OF_DOCUMENT_TOKEN_TO_BE_REPLACED

Permanent link to this article: https://televisionau.com/2016/10/nine-perth-opens-new-cbd-studio.html