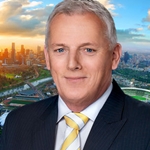 Veteran sports presenter and commentator Sandy Roberts (pictured) is leaving the Seven Network after 40 years. He is reported to be moving to Fox Footy, a move that was rumoured in press reports earlier this year.

Roberts’ departure from Seven News was announced via newsreader Peter Mitchell on Twitter:

Growing up in South Australia, Roberts worked in newspapers and radio before starting in television at Bendigo station BCV8 in 1971.

He then joined Adelaide station ADS7 in 1973 as announcer and presenter, including co-hosting the Logie-winning Adelaide version of Penthouse Club with Bob Francis and Anne Wills.

In 1980 he was a commentator for Seven’s coverage of the Moscow Olympic Games and from that point on joined HSV7 in Melbourne. He has been involved in almost every major sporting event covered by the network, including Summer and Winter Olympics, VFL and AFL Grand Finals, Australian Open and Davis Cup tennis, Australian Masters golf and Seven’s coverage of the US Open. 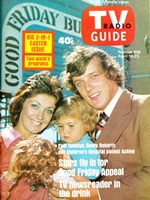 He has been the main sports anchor for Seven News in Melbourne since 2005 and is also a presenter and commentator for sports production company Crocmedia.

He will present his last sports segment for Seven News on 29 November.

Weekend sports presenter and long-time Seven personality Tim Watson will take over from Roberts at the Seven News desk. Watson has recently announced his resignation from the breakfast program at radio station SEN to focus on his increased commitment at Seven.

Permanent link to this article: https://televisionau.com/2013/11/sandy-roberts-leaving-seven-after-40-years.html